Warning: this blog post contains spoilers and hilarious inside jokes from one of the greatest shows of all time… It’s Arrested Development.

Nevertheless, you should still read it. If you have seen the show then maybe you’ll have nostalgia, and if you haven’t, then maybe this will convince you to. Seriously, please watch it. I want more friends to talk about it with.

Moving on though, I can honestly say that this is the funniest TV series I’ve ever seen in my life. And in between all the jokes and satire, Arrested Development actually holds some good life advice. Here are some of main takeaways I got from this comedic masterpiece:

Oddly enough, Michael is the character who is always stressing this value…even though it seems like he is up and ready to leave his family for Phoenix every episode. But something almost always makes Michael return to his family.

Family need each other. The Bluths don’t exactly embody the idea of the perfect family. They have different values and are only willing to help each other if something is in it for them. Yes, they’re a mess. But it’s because they are a mess that you can learn from them the importance of family.

Take Gob for example. He desires his father’s approval so much that he is willing to do whatever insane, and often illegal, tasks that George Sr. asks of him. Lindsay is the same way with Lucille 1, although she often likes to rebel for attention. And Buster… At the beginning of the show Buster is often left out from various activities the Bluth children do. He clings to his mother so much, and because of that he doesn’t seem to fit in with his siblings very much.

While the parents are worrying and plotting their own schemes, all of the children are yearning for some family love. Yet, the Bluth’s find a way back to each other.. every time.

It’s like season four and five’s Netflix intro, “Now, the story of what happened when the one man who was holding his family together finally let go, and the separate journeys that eventually gave them no choice but to come back together… It’s Arrested Development.”

Obviously, the members of the Bluth family have a little bit of a greed problem. The Bluth’s were once a well-off family that was making money without conning everyone around them. But the power got to them, and then it was never enough. They started to embezzle, lie in court, and even commit “light” treason.

When greed becomes present in your life, you start to sacrifice all of your other values in order to acquire more. You become controlling, obsessive, and cold, much like Lucille 1. The Bluth’s were always scheming to advance themselves, which is why they struggle to make progress to come together as a family. And don’t get me wrong- the underlying want of power is what drives the show, but at some points it’d be nice for Lucille 1 to stop controlling everybody and actually be nice to her kids- all of her kids, including Lindsay…

It’s hard to pick a favorite character from Arrested Development because each one has their own quirks and schemes that make you love them for who they are. Personally, I go back and forth between Tobias, Gob, and Buster, But, in my opinion, Tobias is a better role model.

Tobias Funke does not care what other people think. He does not fall into the trap of settling, instead he hopelessly chases his dream of being an actor because that is what makes him happy. I admire this.

Obviously, there’s so much to love about Tobias: his suggestive comments about his sexuality, the fact that he is a never nude always wearing jean cutoff shorts, or that he so desperately seeks to be apart of the Bluth family. He’s funny and relatable, but under all of that Tobias Funke has a heart of gold.

Tobias has taught me to never settle, and to relentlessly pursue my goals. He doesn’t let failure stop him, instead he just keeps trying again and again. I think it’s easy for him to consistenly do this because he believes in those around him and in himself. He knows who he is, and is comfortable in his character because other people’s opinions can’t get to him. I want to be so sure and accepting of myself that I can wear nothing but cutoff shorts and a sheet in an airport and not care about the looks I receive. 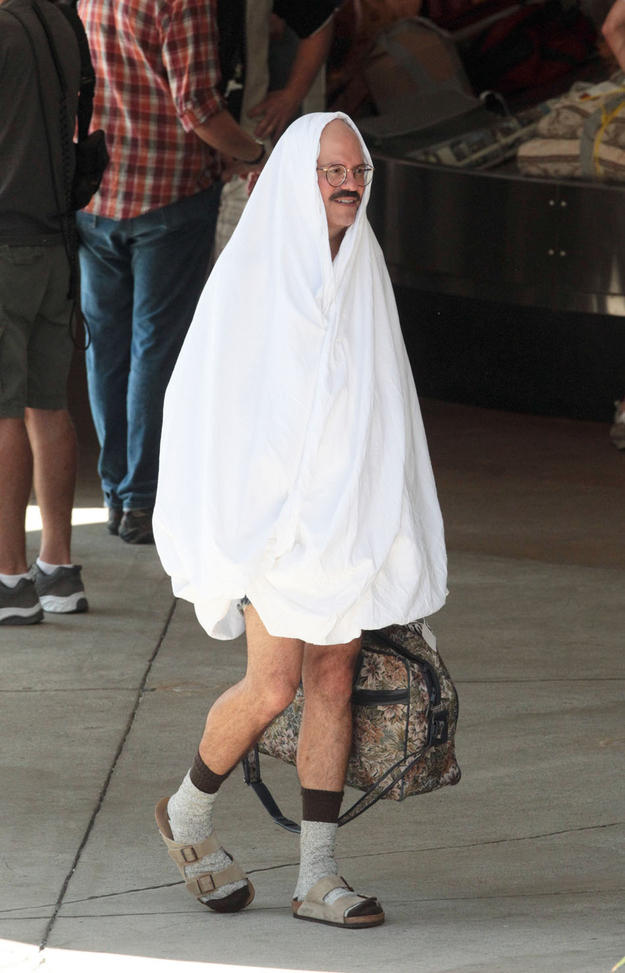 This is the first post in my TV show series. It has easily been the most fun blog post to write and I am looking forward to writing about other shows like The Office, Friends, and more. I’m still planning on writing faith based and motivational posts in between these silly, fun ones.